Peter Mardon, Commercial Director at WSP Solicitors explores the winners and losers in free trade in the first part of a 2 part series of articles on the subject.

“As a company/commercial solicitor I am interested in the background to the business deals and contracts that I get involved with and the concepts of investment, debt, limited liability and trade are fundamental to this”

Recently with Brexit, “free” trade deals have been in the news but few will have heard of David Ricardo, an 18th century economist.

International trade is not controlled by the absolute costs of production but by the opportunity costs of production.  Therefore, the country most efficient in the world at producing furniture may be even more efficient than any other country in producing clothes.  The country would be best served, therefore, by directing its efforts in producing clothes, in which its productive advantage is even greater than in furniture.  The country may, therefore, be an exporter of clothes but an importer of furniture.

So let us say that:

This is true even though country B may be absolutely less efficient than country A in the production of both commodities.

The theory of comparative advantage provides a very strong argument in favour of free trade and specialisation between countries.  In short, every country should benefit.  Of course, things become a little more complex when we factor in, for example, that in country A there may be a lot of history and culture surrounding its production of X and specific regions within country A may be very reliant on those industries which are producing X and, therefore, the loss of that industry could devastate local economies and employment (and cause the government a loss of votes).  Therefore, there would be a great temptation upon the government to protect that industry with subsidies or tariffs.

Another example, on a more individual level might be that you are an extremely talented bricklayer but you are also an even more brilliant engineer.  Therefore, if you can earn more from engineering than you can say by doing your own bricklaying it would actually make sense for you to employ a bricklayer (even a bricklayer with inferior skills to yourself) and use the saved time to carry out your engineering work.

It is also important to note that free trade can be very good news for developing countries.  They may lack absolute productive advantages but will always have some comparative advantage in the production of some products.  These countries will, therefore, be able to export goods where their relative disadvantage is least and use the revenue generated by those exports to improve the standard of living of their population by purchasing imported goods.  In short there is no country whose economic circumstances are so poor as to prevent it from engaging in mutually beneficial trade with other countries.

Who loses out from free trade?

We must also acknowledge that there are some losers from free trade.  For example, foreign products from countries with very low labour costs may be imported into a country without trade barriers and they will undercut domestically produced products.  This can lead to unemployment in the importing country.  However, many more people lose out from protectionist policies (for example by imposing tariffs on imported products to make domestically produced products competitive): consumers suffer higher prices and even those whose jobs are protected are on “borrowed time”.  The overall effect of a free trade environment is undoubtedly positive.

Unfortunately, especially in the developed world, protectionism is on the rise.  It is true that protectionism can save jobs, at least in the short term, and this may often be politically expedient.  However, at what cost elsewhere in that country’s economy?

The Peterson Institute studied the effect of a duty increase imposed by Barack Obama’s administration in 2009 on tyres imported from China.  Existing tariffs of about 4% were increased to 35%.

As a result, US importers of tyres looked to other countries for their supply of tyres but there was no alternative as cheap as China and so the cost of tyres rose.  US consumers started to buy domestically produced tyres rather than tyres imported from China and domestic tyre producers were able to increase their prices.

The study estimated that 1,200 US jobs were saved in the domestic tyre producing industry as a result but at a cost to US consumers in the form of higher prices of $1,112 million each year.  The cost of each saved job was, therefore, about $900,000 (paid for by US consumers).  Worse still the study estimated that because US consumers were spending more on tyres they were able to spend less on other products resulting in a loss of about 3,700 jobs in other sectors of the US economy.  So the net loss of jobs was about 2,500 representing a major policy fail.  Worse still China in retaliation levied duties on the US chicken industry causing $1 billion in lost sales.

There are undoubtedly some strong arguments against a complete free for all in international trade (especially if it’s your job on the line).  However, protectionism nearly always causes increased prices and/or job losses in the medium to long term and almost invariably all parties are better off with more free trade and less protectionism.  It is true that free trade can adversely affect specific sectors and those working within them greatly but the answer is to help those displaced workers, not artificially protect their jobs which have become “non-jobs”.  Such help should include retraining, help with relocation, new business start-up loans and perhaps free trade zones.

Calling for tariffs to protect people who might otherwise lose their jobs is like having banned cars to protect blacksmiths or now banning ticket machines in order to create more jobs at railway stations.

In short, free trade benefits all countries, all workers and all consumers, certainly in the long term and often in the short term too.  Those displaced workers and communities otherwise adversely affected by free trade should certainly be helped but not at the expense of free trade.

But free trade’s greatest benefit is the continuing eradication of world poverty upon which I am writing another article to follow soon.

Peter Mardon is a solicitor specialising in company/commercial law and a director of an international engineering and manufacturing group.

To find out more about the commercial services WSP Solicitors offer please visit our Company Commercial web pages here. You can get in contact with Peter directly here or by filling in the enquiry form on this page. 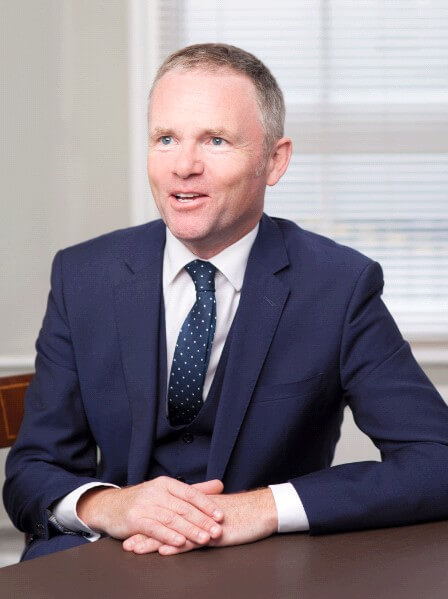 WSP Solicitors are supporting Mental Health Week 2022 The COVID-19 pandemic has been a real test of our mental well-being. Some have been able to take the opportunity to improve...

Amara McCalla has been awarded a training contract with WSP Solicitors beginning in May 2022. Amara is currently a Paralegal in the Child Law team at WSP Solicitors, part of...

What support can I get for stress?

What support can I get for stress?

As it is stress awareness month, we will be looking at what stress is, what causes it and what the law says about stress. Most importantly we will be signposting...