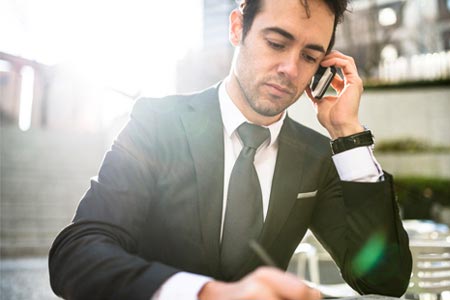 We know that when you’re running a business, legal disputes are an unwelcome distraction. The legal disputes team at WSP Solicitors has a reputation for being formidable litigators, with the tenacity necessary to resolve disputes on the best terms for you.

Act on a dispute sooner, rather than later

We can assist you on a wide variety of matters, from property and contractual disputes, to matters on debt recovery.

Our team have years of experience covering most types of disputes, but if your dispute is in an area we do not cover we will tell you and we can point you in the right direction.

We work closely with you to understand what you need to move forward and what will achieve the best result for your business.

Picking up the phone to talk to us sooner rather than later could make all the difference to achieving a swift resolution. We can then advise you on your options before any action is taken. Call us to make the situation less complicated and to help work things out.

The sooner the better. We can advise you on any action you can take yourself before it’s too late, and of course this keeps your costs down.

What should I bring to a meeting?

All the documents you have, whether they are contracts, letters or emails. We also need you to bring along documents that identify you and your company for us to copy and hand straight back to you. This is because we are required by law to verify your identification.

What do you charge?

This really depends on the type of dispute. Always check first to see if any insurance policies you have include legal expenses cover as these may pay your legal costs. We charge based on the amount of time spent. Each solicitor has a different hourly rate. We provide estimates in advance. We appreciate that small businesses, in particular, have to keep a close eye on cash flow, so fixed fees can be agreed for different stages in a case. We also offer fixed fee debt recovery which has the benefit of a solicitor looking at your case from the very beginning.

We offer fixed fee appointments for clients who just need a steer on the merits of their case before proceeding with matters themselves. This is particularly helpful with small claims (under £10,000) for which costs can normally not be recovered from the other side in the event you win.

Our team covers most types of business and property disputes, including employment. If your dispute is in an area we do not cover we will tell you and point you in the right direction.

Get in touch with our commercial dispute lawyers in Gloucestershire

Allocation: The point in proceedings when a judge considers the claim and the defence, decides which track is appropriate for the claim and gives a timetable to bring the case before the court for trial.

Arbitration: An alternative form of dispute resolution using an expert (such as a surveyor) in the role of a judge. The process is similar to court proceedings but is less formal.

Adjudication: An alternative form of dispute resolution using an expert as a decision-maker on a specific matter. It is widely used in construction and technology disputes.

CPR: The Civil Procedure Rules. They govern the way that proceedings in court must be pursued. If they are not followed, the court can make costs orders against you.

Directions: The timetable of actions set by a judge which needs to be completed by the parties to bring a case to readiness for trial.

Multi-Track: A stream of court cases valued over the fast-track limit or involving complex points of law or evidence and/or requiring more than a 1 day trial.

Part 36 Offer: An offer or settlement made under Part 36 of the Civil Procedure Rules (CPR) which, if rejected and later beaten at trial, or if accepted immediately, will carry automatic costs and interest consequences.

Small Claims Track: A court process for claims valued £10,000 and under. Costs are not generally recoverable so engaging a solicitor to act for you may not be cost effective. We offer fixed fee appointments to advise you before you start the process.

Without Prejudice: A way to make offers to settle a case as a whole or any part which cannot be mentioned in court proceedings.

Without prejudice save as to costs: A communication that cannot be referred to in court until the end of the trial, when the court awards legal costs to the successful party.

We can help with...
Meet the team
Company Commercial & Commercial Property Department Updates

As we have already reported previously our commercial property team remain confident that transactions involving land and property can continue to take place, albeit with a ‘new normal’ and adopting social...

This blog is the second in a series we are running around “Buying a Commercial Property”. This article will cover what you need to think about before proceeding, and some...

How do the current government guidelines on Coronavirus affect commercial property transactions?

How do the current government guidelines on Coronavirus affect commercial property transactions?

The current government guidelines around the Coronavirus pandemic have greatly altered how we live and work. At WSP Solicitors, although our offices are temporarily closed, our staff are working remotely...