Child domestic abuse: court guidance is updated, but will it make a difference?

For some time now, the family courts have recognised that domestic violence includes both physical and non-physical abuse. Non-physical abuse includes everything from name-calling to controlling what the other person does, what they wear and who they can be friends with to harassment and intimidation. Commonly, we break this down into emotional abuse, psychological abuse or controlling and coercive behaviour.

The government and courts have been slowly making efforts to improve how domestic abuse is dealt with. The change of terminology from domestic violence to domestic abuse signifies the recognition that a relationship does not need to include physical violence to be abusive. The definition of domestic abuse was updated to make it clear that the government fully recognised that it included physical and non-physical abuse. There has also been a recent change to the criminal law so that the police can now specifically prosecute for non-physical forms of abuse. Often, my clients tell me that it was the non-physical abuse that was – by far – the worst bit. So, it is good to see progress being made. If slowly.

In 2014, the Children Act 1989 – the law that sets out most of the provisions that relate to a child’s home life – was amended. A lot of these changes were aimed at bringing the law more up-to-date with how modern families work. The language we use was overhauled so that it became less about giving the impression that one parent was in control because they’re the primary carer, whilst the other parent just has “access” to or “contact” with the child at limited times. In more and more families now the care of the children is shared between the parents and fathers have wanted to take a bigger role in looking after their children. Fathers in particular often complained that they were disadvantaged by a power imbalance that does not actually exist in the law. To try to change this, on top of a change to the language, the new law included a presumption that it was in the best interests of a child to have a relationship with both parents. This presumption could be overturned, but it became the court’s starting point in every case.

In many families this may have been helpful. But, in families where this is domestic abuse, charities like Women’s Aid felt that it created a culture of “contact at any cost”. A couple of years ago, Women’s Aid started a campaign to change the law so that, as they saw it, it became much more protective of children and the parent at risk of abuse. Following recommendations by an All Party Parliamentary Group and a report by Mr Justice Cobb, the President of the Family Division agreed that a change to the guidance given to the court was needed to make sure that the courts were dealing with domestic abuse properly.

The first thing to say is that the law has not changed. Only parliament could change the law, and it has not. This is guidance, issued by the President of the Family Division and approved by the Minister of State, but it is not new law.

The second thing to say is that there was already guidance on how the courts should deal with domestic abuse in children proceedings. It is difficult to say how widely applied that guidance was by the court’s themselves. In my experience, and from the anecdotes I have heard from colleagues, some courts were much better at it than others. Often, speed and cost took precedence over thoroughly investigating the issues and risks because, realistically, whether there had been domestic abuse was not really going to change the outcome anyway. The President has made it very clear that this must change. All courts must apply the guidance in every case. To emphasis his point, he said the following – in bold type – in his statement accompanying the guidance:

“I urge all judges to familiarise themselves with the new [guidance] and to do everything possible to ensure that it is properly complied with on every occasion and without fail by everyone to whom it applies.”

The language of the new guidance is also much firmer than the old:

There has been a lot of suggestion that one of the biggest changes in the new guidance is the emphasis that the court should not make an order if it puts the child or parent at risk of harm. Many campaigners who have felt that the courts have been largely ignoring the risks so that they can ensure the child has some kind of contact with a parent, may be very pleased to read this. At several points in the guidance, this is repeated and it could be read, at times, as though it is an absolute bar.

Similarly, another paragraph reads that the court should only make an order for contact if it is satisfied that the physical and emotional safety of the child and parent can, as far as possible, be secured. Again, this does not fit with an absolute bar: if contact should not be ordered where there is any risk of harm, there should be no need to consider securing their safety at all.

At this stage, it is simply too early to say exactly how the courts will implement the new guidance. However, it would seem unlikely that the court will always refuse contact in any case where there is any risk of harm. Given the prevalence of domestic abuse – it is believed that 1 in 3 women and 1 in 6 men are victims at some point in their lives – if any risk automatically meant no contact then we would see a dramatic rise in the number of children who have no contact at all with at least one parent. There are strong views on both sides of the fence over whether this would be a really good or really bad thing, but an absolute bar is certainly not set out in the law itself.

It seems much more likely that the court will focus on whether the risk of harm is manageable, whether the child’s and parent’s safety can be secured, whether having contact is in a child’s best interests, and what safeguards does the court need to put in place to ensure all of these things.

Book an appointment with one of our Family specialists.

Or read one of previous articles surrounding Family Law. 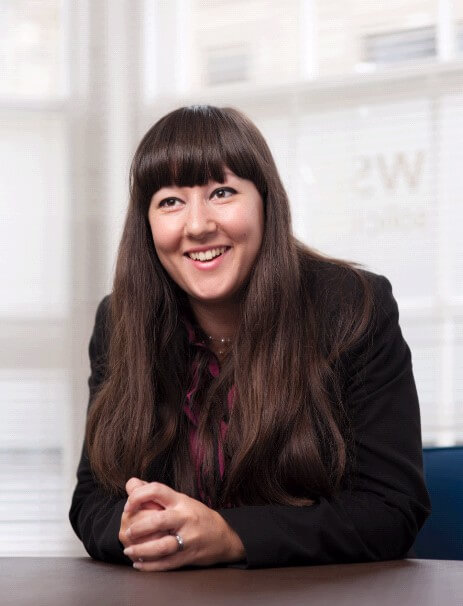